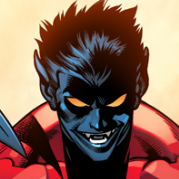 By jasonmccarley
March 1, 2019 at 01:45 AM in Marvel Legends Figure Discussion