Hasbro has revealed their second 2019 San Diego Comic Con 6" Marvel Legends exclusive today via THR. It will be a a 2-pack that features Grandmaster (Jeff Goldblum) from Thor: Ragnarok and The Collect

The cage and chair are visibly  part of the backdrop. 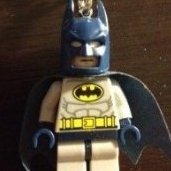 I dont know... I have a feeling they will eventually release the collector single packed as well, probably with just one of the heads and no orb accessory which means that other than the extra head, t