Don't know if I go along with everything youre saying here, but I do see the overuse of gamma power, and for that matter, all the radioactive-bitten-by-spider characters out there. It does dilute the 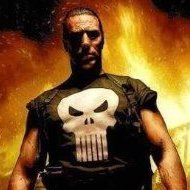 Wishing he had a mustache, sunglasses, and blue and white shorts with stars on 'em, but I'll still probably pick this guy up if I see him.

That's actually a different character (General Maverick) but I agree we should have gotten a second head.