This show is definitely my most hyped D+ show yet, the teasers look fantastic so far, can't wait for the full trailer.  Also, hey Hasbro, could we maybe get a Marvel Monday reveal of ML D+ Moon K

Disney+ dropped a teaser version for the Moon Knight series, starring Oscar Isaac as the mentally ill Marc Spector who channels an Egyptian deity.  The full trailer will be released this Monday during 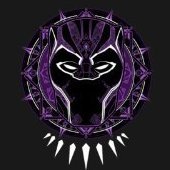 same Here and the suit design is a mix of modern and classic i just think that's really cool  they should do that more often.