Another Year, Another Figure Price Increase Coming From Hasbro 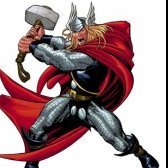 $24.99 is a little too high. They better start giving us more accessories at that price. Keep if the price goes higher than $24.99 you are gonna loose a lot of collectors

Prices go up, and the prices of everything are increasing. That's no surprise. The frustrating thing is that these figures are not worth $25. Which means BBTS will sell them for $27 and deluxe fi

That’s what I don’t understand. When Netflix increases the price, I get it. Talent costs money. But this feels short sighted. What is going to happen when the price of oil drops and the supply chain c