Also I don't see that by not doing Rachel Phoenix for Excalibur, or Marinna for Alpha Flight, is going to keep fans engaged; they would be (and are) whether they're done or not. I'm pretty sure a lot 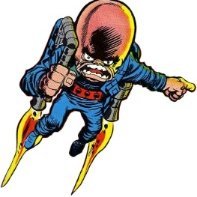 perhaps but the other resembles his 70s physique more