Marvel's Beast is busting out on this limited edition Diamond Select resin bust inspired by X-Men: The Animated Series. Limited Edition of 3000. You can purchase this from ShopDisney.com.

In this segment called Marvelous Photo Of The Day, we spotlight awesome Toy Photography from some of the hottest photographers on the Internet today.

For today we are spotlighting Photographer ToyTallica and their photo titled "The Devil In Hell's Kitchen."

Be sure to give ToyTallica a follow on Instagram and let them know what you think of their work in the COMMENTS BELOW. 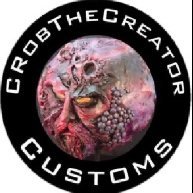 Sources from within have informed Deadline that Game of Thrones alumna Kate Dickie secretly joined the Season 2 cast of the Disney+ series Loki.

No details on who her character will be but sources say she is playing a villain.  Dickie's role has been kept very secretive as production on the second season has been completed.

The second season is being directed by Justin Benson and Aaron Moorhead with Eric Martin as the head writer and Benson, Moorhead, Martin, Hiddleston, and Michael Waldron as executive producers.

Stan Lee is joining the Nendoroid series! Stan Lee, the globally famous comic book writer and the father of many superheroes is joining the Nendoroid series! The Nendoroid comes with two interchangeable face plates including a smiling face and a surprised face. He also comes with a round base featuring Stan Lee's signature and interchangeable arms and legs for creating iconic hero poses. Be sure to add him to your collection! Product Features 3.9 inches (10cm)  Made of plastic  Based on the comic book writer Stan Lee Part of the Nendoroid lineup  Includes several accessories for added customization  Box Contents Stan Lee figure 2 Interchangeable face plates Smiling face Surprised face  Interchangeable arms and legs Stan Lee signature base Preorder from our sponsor BigBadToyStore.com!

threezero and Marvel Studios are excited to present the DLX Iron Man Mark 42 as the next figure in the Marvel DLX series. The Mark 42 armor adopts a shimmering gold as the main tone with red as its secondary color, and a multi-layer metallic coating process is applied to accurately replicate the design of Tony Stark's suit as seen in the movie Iron Man 3. This fully-articulated collectible figure stands approximately at 6.9" (~17.5cm) tall and is constructed of threezero's renowned DLX die-cast system with 48 points of articulation. Detailed structural engineering and exquisite design enable the figure to depict a variety of action poses while maintaining a realistic appearance. LED lighting functions are located on the chest and the eyes, and the two flight panels on the back can flip to open and close. Additional equipment and accessories include five pairs of interchangeable hands, two-arm missiles that connect to both forearms, effect parts for shooting and flight poses, and a DLX action stand; all allowing for a wide variety of display possibilities! Product Features 6.90 inches (17.50cm) 1/12 Scale Made of die cast zinc alloy, PVC, ABS, and other material From the Iron Man movie 48 Points of articulation LED lights in eyes and chest Box Contents Iron Man figure 5 Pairs of hands Fisted hands Relaxed hands  Shooting hands Shooting hands to attach effects  Flight hands  2 Detachable arm missiles  2 Pairs of effect parts  Shooting effects  Flying effects (for feet)  DLX Action stand Preorder yours from our sponsors: BigBadToyStore.com and Entertainment Earth

sb_toyz takes a look at the Marvel Legends War Machine Action Figure from Hasbro. Check out images for this figure below in our GALLERY and be sure to share your own thoughts about it in the COMMENTS SECTION. Pre-order yours from our sponsors: BigBadToyStore.com and Entertainment Earth

Michael Gandolfini, the son of the late James Gandolfini is set for a major role opposite Charlie Cox and Vincent D’Onofrio in Daredevil: Born Again.

No information on Gandolfini’s character, but it’s possible he plays an ambitious guy from Staten Island referred to as Liam.

The upcoming revival series on Disney+ is being written and executive produced by Covert Affairs creators Matt Corman and Chris Ord, the new installment centers on Cox’s title character Daredevil, otherwise known by the name Matt Murdock, who is an attorney by day and crimefighter by night. D’Onofrio reprises his role as mob boss Wilson Fisk aka Kingpin.

Daredevil: Born Again is slated to premiere in 2024 with an 18-episode season.

Check out images for this figure below in our GALLERY and be sure to share your own thoughts about it in the COMMENTS SECTION.

Ant-Man and the Wasp battle Kang the Conqueror in the quantum realm.

Ant-Man and the Wasp: Quantumania" is being released in theaters on February 17th, 2023.


Portal by DevFuse · Based on IP.Board Portal by IPS